After schools and churches were established, the yen for learning took a new tack.  Though farming demanded long hours and a woman's work was never done, folks liked to read.  Early newspapers trickled into town and were eagerly sought and passed around.  Then in the early 1800s, some inhabitants of Effingham on Lord's Hill pooled their resources and started a library.  Books could be borrowed and were to be returned the first Monday in 'September, December, March and June. An annual meeting of this library was held on the first Monday of September.  In the 1860s, a library was kept in the home of Josiah Dearborn.

Books in these libraries were primarily non-fiction, serious books, which were popular in those years, such as histories, essays, commentaries, and the like.

Another sort of library was maintained for the Sunday School at the Lord's Hill church.  It contained glorified, amplified tracts, stories of good boys and girls.  A heap of such books was dumped and apparently discarded in the front loft of the Lord's Hill Church.

In the town meeting of March, 1893, it was voted to have a town library and $30 was raised to start it. The state library had offered to help if some conditions were met and this offer was accepted.  This required a modest appropriation each year.  A board of trustees was set up, consisting of twelve members: John L. Demeritt, R.M. Fulton, John M. Drake, James M. Leavitt, John P. Glidden, James M. Champion, J.N. Marston. O.J. Avery, Josephus L. Drake, Cyrus P. Keay, Charles L. Miles, and Francisco Barker.  Mr. Miles was president, Mr. Champion treasurer, and Mr. Barker secretary.  What was formerly the recitation room of the Charitable Masonic Institute was papered and painted, fitted with shelves, and adapted for the library.  The principal workers for this purpose were George P. Beal and Josephus L. Drake.

There was much enthusiasm and many gifts were received from both local people and summer residents.  Fairs were held to raise money, entertainments were given, usually followed by dancing, and suppers were put on.  Some gave books.  Town appropriations were $15 in 1893, $40 in 1894, and $100 in 1895.  Appropriations have increased as years have gone by.

Dr. Albert N. Gould was the first librarian.  He served until his death about 1916.  His wife then was librarian until she died December 11, 1926.  At that time, Clarissa Taylor began her long term of office, followed by Mrs. William C. Edwards, Geneva Thompson, Lorrain Blair, and Joyce Van Tassel.

Regard for the library has been shown by numerous gifts.  When Abbie A. Wedgewood died in 1909, she bequeathed the sum of $400 as an endowment, the interest thereof to be used to buy books.  In 1914, Orrin S. Sanders of Boston gave $100.  This was expended at the rate of $10 per year until principal and interest were gone.  During this time the town added $10 per year to match the gift.  In 1932, Emma Browning Leland of Revere, Massachusetts, gave the sum of $500, interest from which was to buy books and magazines.  In 1942, Georgia F. Parsons provided a capital sum of $500, the interest to be used for general purposes.  She had previously donated subscriptions for magazines.  In 1977, the Edith and Clarissa Taylor Fund was established with a capital sum of $500.  These capital sums are regularly shown to be intact in the annual reports of the town of Effingham and the income therefrom has regularly been used to support the library.  The annual report for 1979, for example, showed that these funds in the previous year had produced a total of $139.84.  At the same period the town had appropriated $250. From the savings account interest of $59.09 was received.  This gave total receipts of $448.93.

The town report for 1983 showed still more money available for the library.  Income from trust funds was $247.70: interest on the savings account was $54.65; after expenses of $656.85 there remained a balance of $1251.39.  Many books were added to the collection, some bought and some donated.  The town appropriation was $350.

The library has slowly grown over the years.  The report for 1896, for example, showed 761 volumes on hand.  The state had contributed 106 volumes, while 427 had been purchased.  Other books were donated.  There were 60 volumes of reports.  In a recent year, it was estimated that 2500 volumes were on hand.

With the passage of time, the number of trustees has been reduced to three who were in 1983 Myrtle Keniston, Geneva Thompson (treasurer), and Judith Van Tassel. 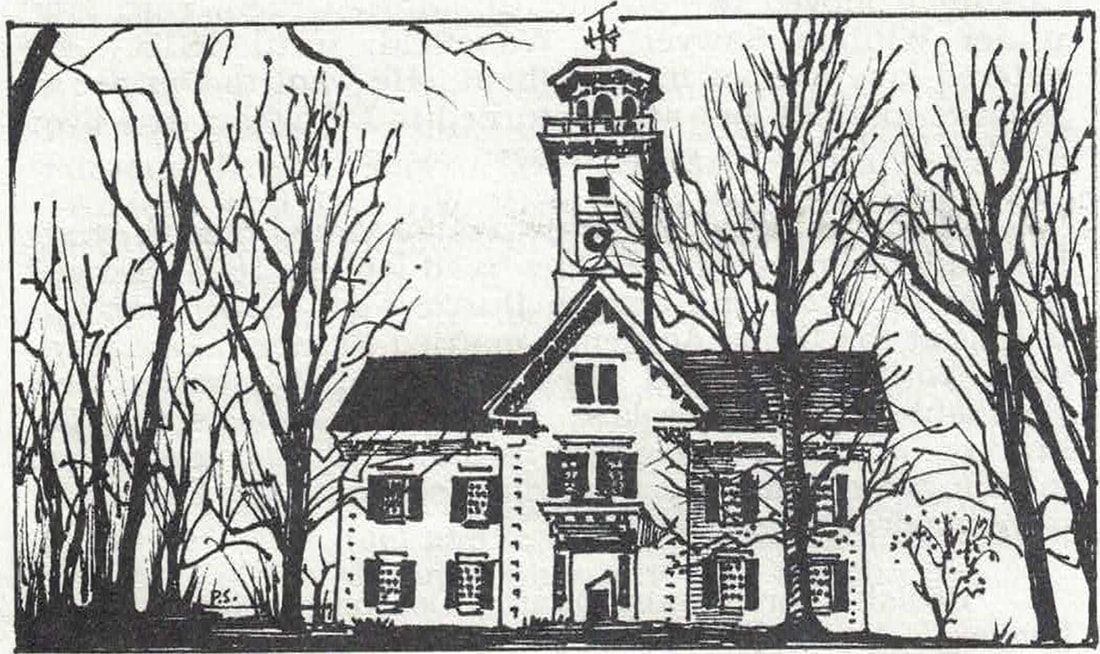